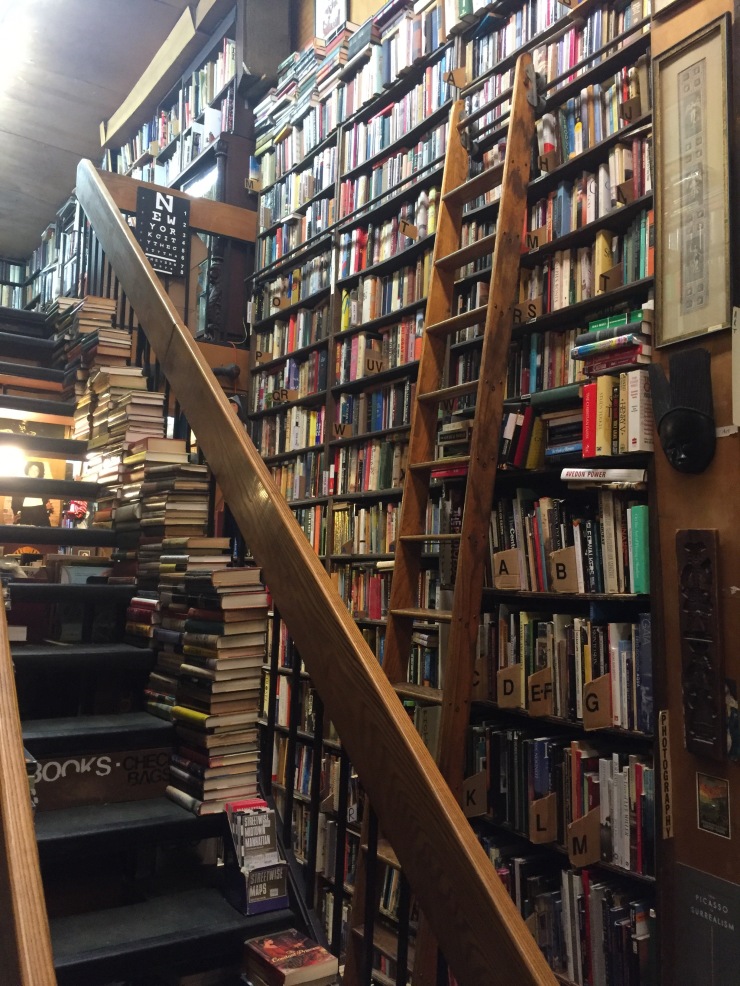 On the trip home from New York, I read the novel, The End of the Affair by Graham Greene, cover to cover, with my fifteen year old daughter asleep in my lap.

It had the enticing themes of love that never ends, and death. Traveling east to west into the darkness, New York disappeared below, the sun set in a fiery spectacle, and I turned on the overhead light and read for six hours.  I bought the book at the suggestion of my Manhatten hostess Kerry, at Westsider Rare & Used  Books.  She was surprised I’d not read it, and as it is in the top 100 best novels ever written, I was too.  It’s odd I’d missed it, as an avid reader, I had thought I’d read most of the best literature of my time.  How had I missed such a spectacular love story?

The story is about love and hatred. And as the Buddhist monk at the Fire Lotus Temple spoke of; darkness and light, and how these two are to be held together, not separately, but accepted as a whole. Like day and night. Yin and Yang. Love is the same.

The novel notes the many synchronicities and coincidences inherent in love. Noting remarkably license plates. Love never truly ends, regardless of everything, even if you no longer see one another, people may die, but love, it continues forward.

After we had dated for a year, I left my husband for 18 months to care for my dying mother.  When I told him I was leaving, he asked if this was an ultimatum, and he said if it was that he would gladly marry me. Sadly, that was not the case, and I moved from San Francisco to Salem, Oregon.  Although, we dated other people, my husband called me every night before I went to sleep, for eighteen months.

Eventually, he wrote me the twelve page letter asking me to marry him in earnest, which included this beautiful poem.

The One Most heavily Weighed

Looking back upon my life at the mistakes I’ve made,

It’s clear beyond a shadow of doubt the one most heavily weighed.

Once you gave your heart to me to cherish and to keep,

But somehow this treasure slipped away and now lies buried deep.

Soon I pray you’ll find the strength to show me you still care,

And save me from a life alone I know I could not bare.

If only I were a wiser man I’d find a way I know,

To cast a spell on our lost love and rekindle the ember’s glow.

In a life without your moonlit beauty I know I’ll never see,

But half the man I always dreamed that I might someday be.